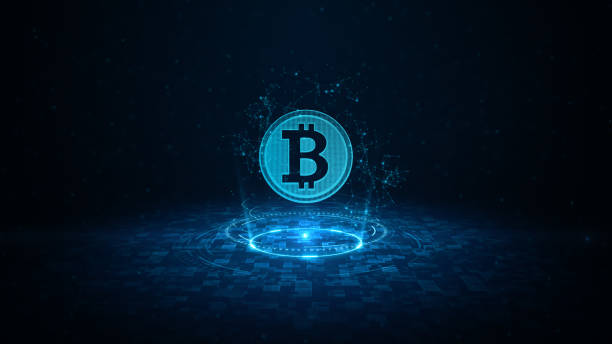 Cryptocurrency is part of a digital payment system that does not rely on banks to verify transactions.Instead of carrying and exchanging physical money in the real world. Cryptocurrency payments exist only as digital entries in online databases describing transactions.When you transfer cryptocurrency funds, transactions are recorded in a public ledger. Crypto currencies are stored in digital wallets.

How does cryptocurrency work

Units of cryptocurrency are created through a process called mining, which uses computer power to solve mathematical problems that generate coins. Users can buy currency from brokers, then store and spend it using cryptographic wallets.

Cryptocurrency is the equivalent of using PayPal or a debit card. Crypto currency works like bank credit on a debit card. In both cases it is a complex system and works behind the scenes to record transactions and balances so that people can send and receive currency electronically.Online platforms can be used to manage accounts and move balances. The main difference between cryptocurrency and bank credit is that banks and governments issue the currency and keep the ledger.

Transactions are sent between peers using software called cryptocurrency wallets.It is using cryptocurrency. A person making a transaction uses wallet software.Transfer balance from one account to another account. Transferring funds requires knowledge of the password associated with the account.Transactions are then recorded on a public ledger through a process called mining. All users of a given cryptocurrency have access to the ledger if they choose to access it or they can choose to hold their coins in a third party wallet.Each transaction leads back to a unique set of keys.A ledger contains many transactions simultaneously. These ‘blocks’ of transactions are added sequentially. It is added by miners which is why the technology behind it is called a block chain.

Which crypto is best for profit?

Cryptocurrencies on the market today offer a wide variety of functionality from payment systems to decentralised application platforms and stablecoins.They are also useful outside of your crypto wallet and it can provide impressive returns on platforms like HoneyBricks, a tokenized real estate investment solution for cryptocurrency enthusiasts.

Bitcoin is the original cryptocurrency, it was invented by blockchain technology. Bitcoin is one of the most popular crypto for retail and institutional investors. It is also great for new crypto investors who want to buy established cryptocurrencies with a track record of growth over time.

Bitcoin is developed by a software developer and cryptographer.Bitcoin effectively created its own currency with its mining rewards, and blockchain technology was created as a result. This opened the door to all future cryptocurrency projects, allowing creators to create peer-to-peer payment systems, ultra-secure transactions, and disrupt the traditional financial system forever.

To introduce smart contracts and add more functionality to the blockchain, Ethereum was created. The Ethereum network now has hundreds of crypto projects on top, making it one of the most valuable cryptocurrencies on the market.

Litecoin is a one type of cryptocurrency and one of the most popular cryptocurrencies of the last decade.Using Bitcoin’s source-code and Litecoin is a fork of Bitcoin with some technical changes to the code and making it faster than Bitcoin. Litecoin’s mission is also to become a global and peer-to-peer currency.

The XRP token was first promote in 2013 as an alternative to Bitcoin to process faster transactions and use the XRP ledger as a universal payment system but it does not use blockchain technology.it is still a decentralised platform to process transactions and Peer-to-peer networking relies on nodes to authenticate.

Binance Coin is developed and marketed by the Binance exchange.Even though it is originally based on ETH, it has its own Binance chain. It trades and exchanges for other forms of top 10 cryptocurrencies like Ethereum or Bitcoin.

Tether is the stablecoin by market cap.Despite it being a popular asset for crypto investors and The US Commodity Futures Trading Commission recently fined Tether Holdings $41 million for claims that USDT is backed entirely by the US dollar.While there are reserves for USDT that are in circulation, only small percentage of those reserves are in cash.Tether is the most popular choice for active crypto traders and any investors who want access to a stable digital currency.